Dutch instrumental band The Phantom Four is one of the most critically acclaimed bands in the surf genre. But they don't play 'regular' surf music, Dick Dale style, no they combine oriental rhythms, exotic scales and more to an eclectic danceble mix. I shot the Phantom Four recently at the North Sea Surf Festival and after that the band asked me to come to the recording of their new live album at the Pacific Parc in Amsterdam. Great cosy hall / restaurant in the Wester Parc area. Only problem, it is not really a music venue. So no big stage and no bright lights. Halfway the show, the only light on the band was dark blue, not the ideal circumstances for concert photography.

Thank got I brought a flash and a coupe of Phottix wireless flash triggers. That allowed me to place the flash anywere on stage and walk around with my camera looking for different angles. It gives a much more natural look than on camera flash (which I never use anyway). Using the flash with longer shutter times like 1/10 of even longer gives a more dynamic feeling to the photo's. You can see the movement on stage and the audience dancing, especially if you use wide angle lenses or even a fisheye.

One of the masters of this technique is Charles Peterson, his photo's of the Seattle grunge scene late 80's were as iconic as the music from the bands (Mudhoney, Tad and a unknown band like Nirvana to name a few).
I used this technique a lot in the past, even before I got my first digital camera. And I still like the look of it, although it isn't so unpredictable as it used to be, since you can see the result on your LCD-screen nowadays...

Below are a couple of examples, you can see the whole galery here: www.arnyzona.com/phantomfour 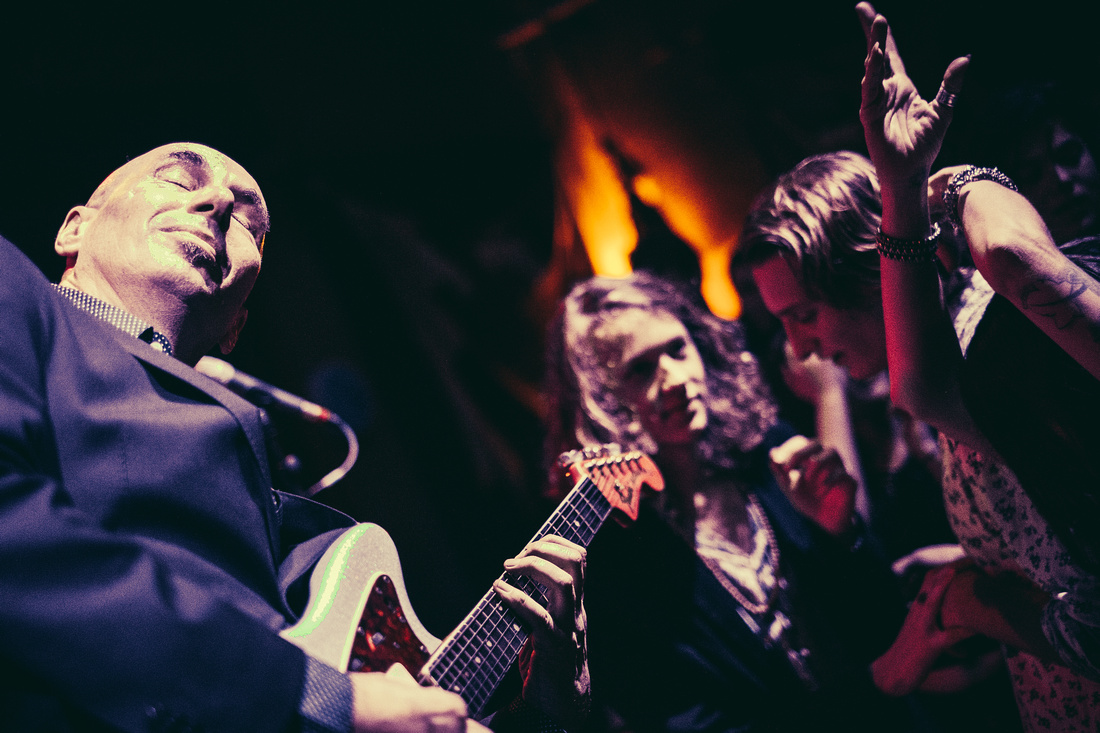 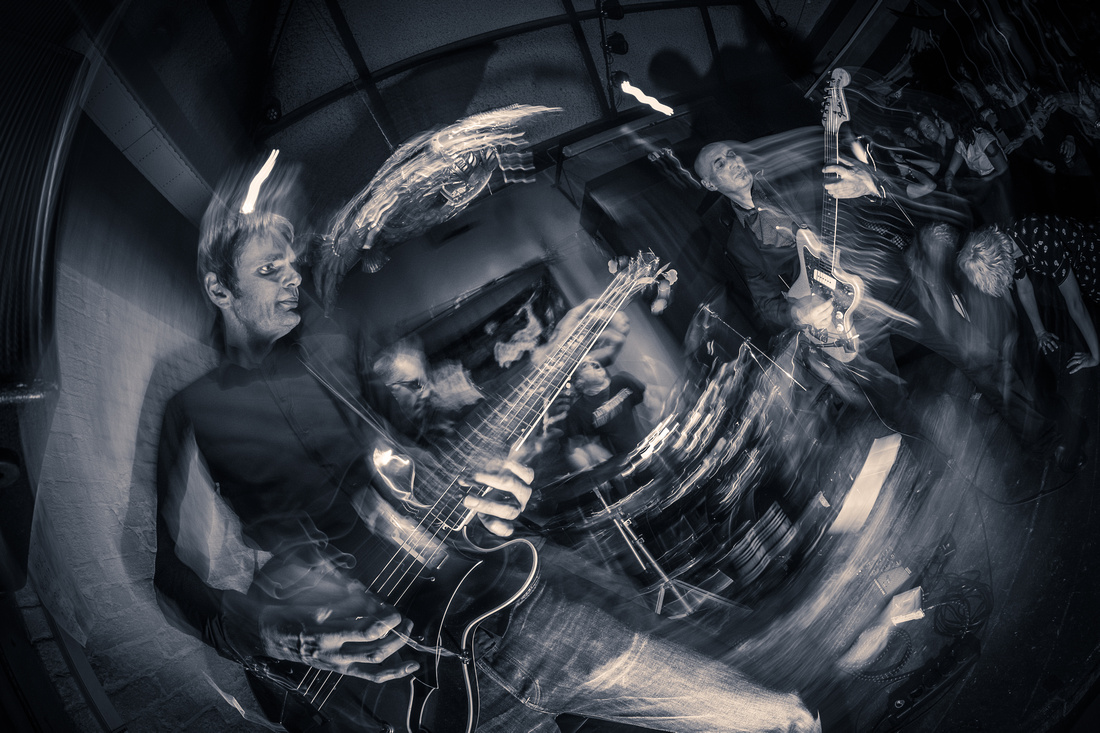 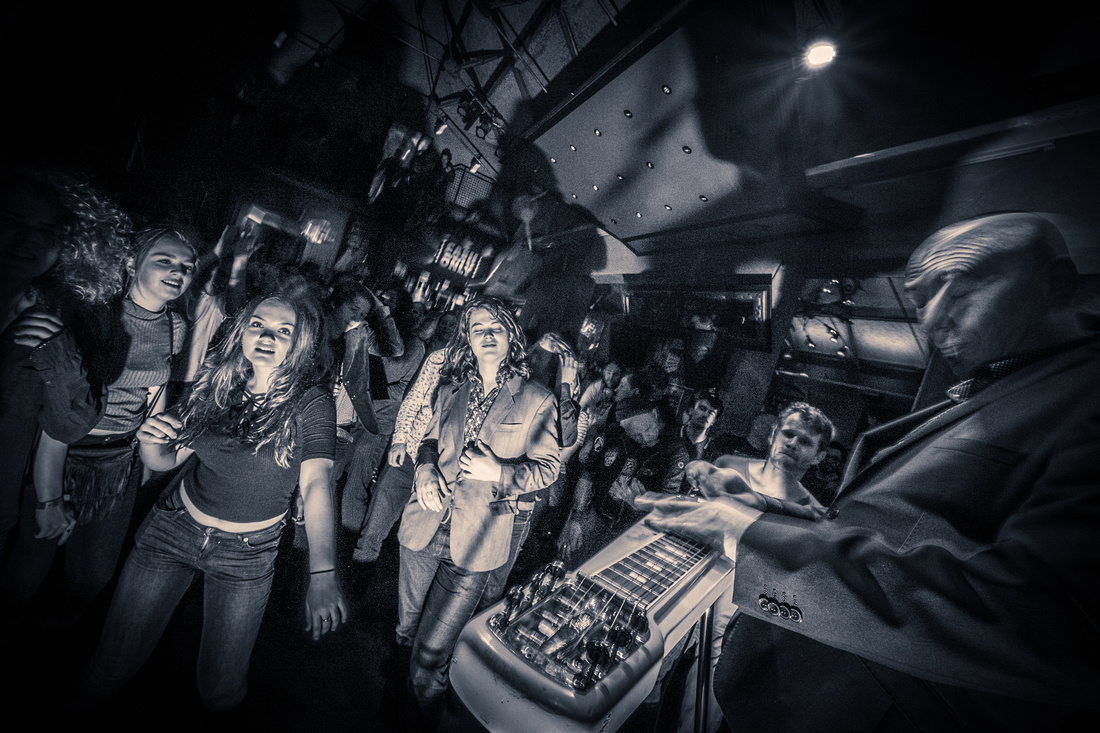 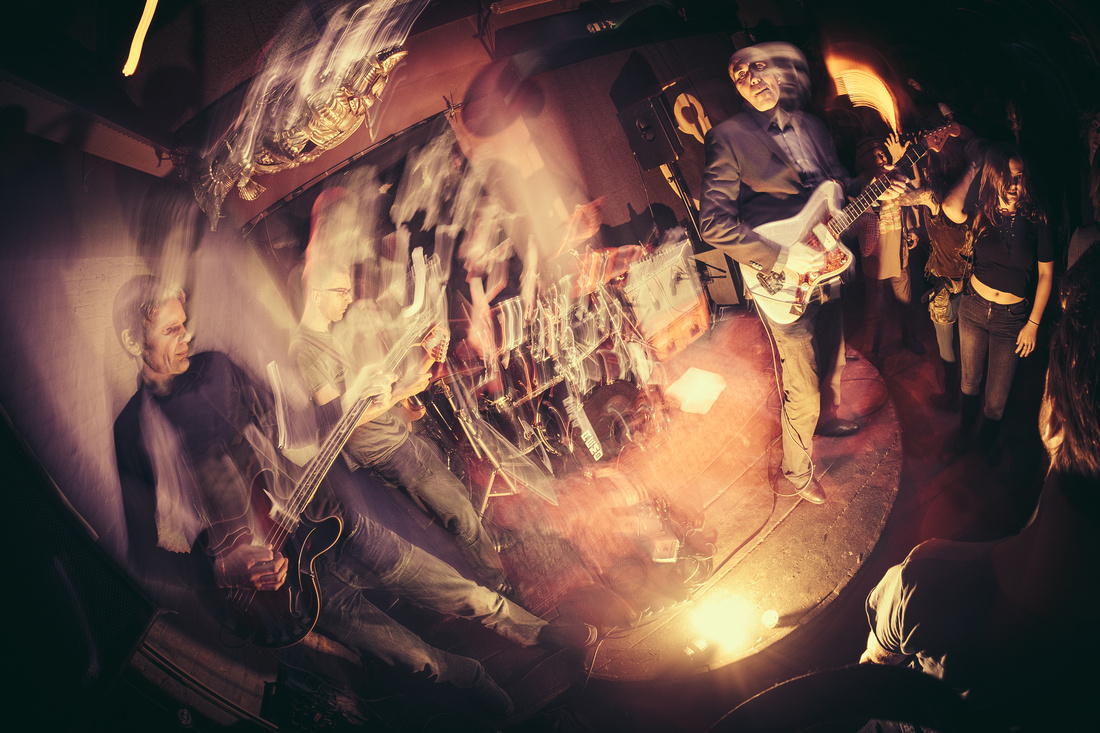