Last weekend was the annual Sjock Festival in Lille, Belgium. It is the oldest festival in Belgium of it’s kind. Each year about 5000 people visit the coziest festival in Europe for a weekend of rockabilly, punkrock, psychobilly, garagepunk and surf music.

This year’s edition was one of the best of the last couple of years. Garagepunk legend The Sonic, Jon Spencer Blues Explosion, The Paladins, Nekromantix, Koffin Katz, Slim Cessna Auto Club, to name a few bands… 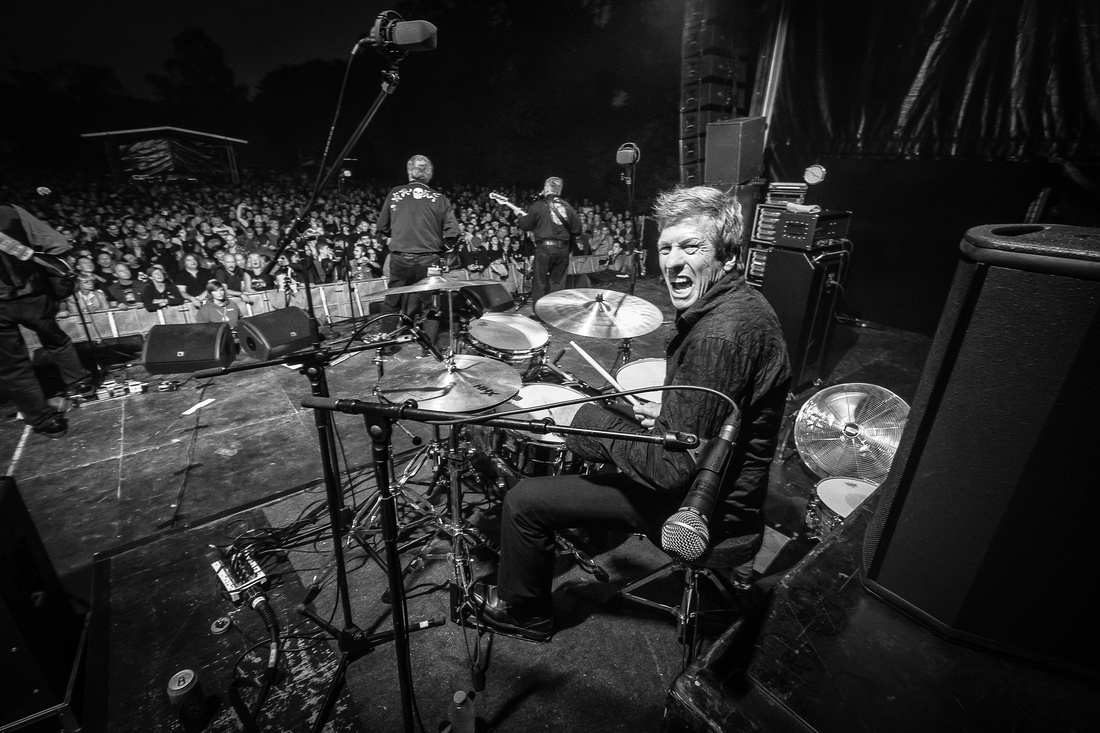 The weather wasn’t as hot as previous years and every day we got some rain showers. A thunderstorm cost me a camera (sony A900) a couple of years ago during the Sjock festival. So I went prepared and bought a little raincoat for my Fuji’s. It was my first year without a Sony camera, but I was confident I would cope with the X-E1 and my X-Pro1. One concern I had, was how the 10-24mm wide angle would do. My old Zeiss has a maximum aperture of F2.8 and the Fuji a meager F4.0, but is has image stabilisation. Which isn’t that helpful if you have a bunch of hyperactive punks jumping around on a stage. An auto ISO of 3200 save my shot a couple of times.

People that are familiar with my style of concert photography, know that I prefer a wide angle for concerts. I hardly ever use a lens wider than 50mm during a concert. I even like to shoot with a fisheye, so I can get as much audience in my shot as possible. One thing that is a bit of a risk, is you have to get really close to your subject to make the shots work. So most of the time I try to get on stage (lucky me, I have a backstage pass for the Sjock) or join the stage divers and thrashers in the pit. One I on the action for photo’s, the other on the look out for flying beer glasses or big bald dudes trying to break my ribs… More than 25 years of experience as a concert photographer come in handy ;-)

So no big accidents this year, only a couple of bruises and a beer soaked t-shirt. 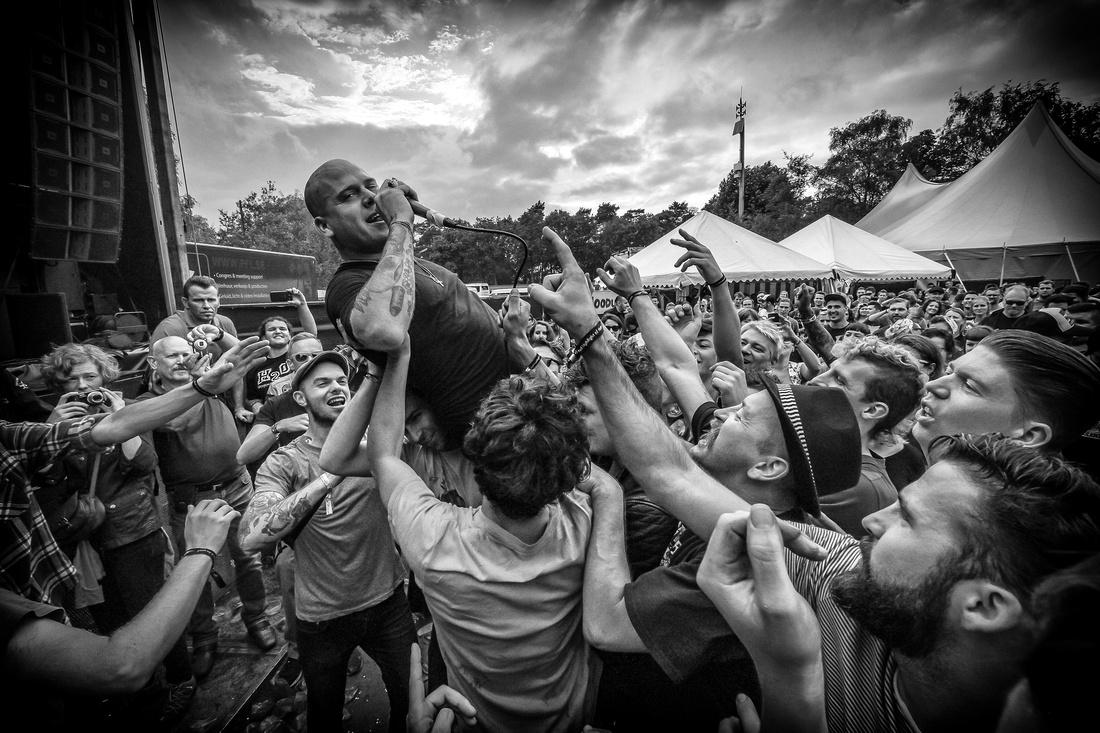 The Fuji’s performed really well. If you shoot ultra-wide, you don’t need auto focus that much. My fish eye is manual, so set the aperture, guess the average distance to the subject and you are go. One thing where the camera’s really shine is the excellent dynamic range. Even shooting when I stood behind a drummer with the audience in full sunlight, the shot was perfectly lit.

Another plus that the Fuji’s have is the small size. The bands and audience are not as imidated by the size of the camera and lens. My old Sony A900 with Zeiss was huge! And heavy, my wrist and shoulder would ache a lot after a full day of festival shooting. No problem with the Fuji’s. And don’t get me started on the image quality. For the first day of the festival I shot mostly jpg + RAW. But two days in, I needed the disk space more than the extra assurance of RAW editing a badly lit photo.

Overall, it was a great experience. Having two bodies helped, so I didn’t need to change a lens in the middle of a boiling pit. Hope you like the photo’s… It helps if you put on a CD of one of the bands from this years line up and crank it really LOUD!